Five Things I Learnt from #StoryPower 2018 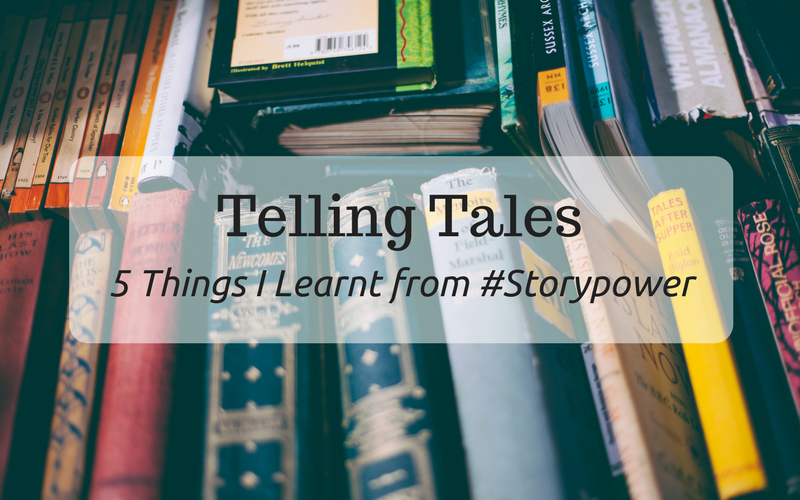 I’m normally restricted to the company of my needy cat and delivery drivers who need me to sign for various parcels, so the thought of heading into London for a conference was exciting. And no ordinary conference – one that promised to help me grow as a copywriter thanks to the “Power of Storytelling” hosted by the behavioural research agency “Watch Me Think”. And with the added happy anticipation of an evening’s romance (the 9-year wedding anniversary for myself & Mr Sands), I headed into town for some professional development.

I learnt lots from #StoryPower. Much more than I can reasonably cram into a blog post. So what follows are my favourite five takeaways. As it turns out, #StoryPower was the highlight of my day – the wedding anniversary romance didn’t quite live up to expectations, but more on that later…

Numbers Are The Lazy Route

Ouch! I’m certainly one of those people who believes in the power of a good fact or statistic, so this point made me sit up and listen. (I weakly defend myself with the excuse of it being a hangover from my time in corporate marketing where dropping a good margin % figure into a presentation gave you rockstar status). But this compelling talk from Anthony Tasgal made the point that “numbers numb us, while stories stir us”. We should take the time to move our audiences, tap into their desire for connection and debate. We can still use the fact of course, but should take the time to build a story around the numbers and make our audiences feel happy, satisfied, vindicated…

Two brilliant minds presented on a similar theme – reawakening the child that still hides deep inside us. Vicki Perrin of BBC Radio2 works with the 500 Words children’s writing competition, whilst Emily Murdock is part of the grandiose-sounding Ministry of Stories who front their children’s writing charity with the intriguing and involving Hoxton Street Monster Supplies. Details of the imaginative products on sale in the Hoxton Street Monster Supplies including Tins of Fear – you can choose between “Escalating Panic”, “Mortal Terror” or (a regular in our household) “A Vague Sense of Unease” – spiked the room with creativity. Vicki’s touching talk brought to life the importance of running with our imaginations, and not hampering our stories with the shackles of grammar, spelling and convention. A lifting alternative to a line regularly attributed to Hemmingway “write drunk, edit sober”, this encourages us to “write like an 8-year old, edit like a 38-year old” (substitute the decade for your age of choice…).

Tom Cruise Can Help You Become a Better Writer

Stuart Chapman from Lego shared an approach to storytelling that I love. He calls it the “Tom Cruise Skill Level Over Time” method.

Stuart pointed out that pretty much all Tom Cruise films follow the same pattern – he starts out as a decent guy doing OK. He then has a crisis of confidence and loses his ability to do what he was doing. He then meets a beautiful woman who helps him rediscover his mojo. He then goes on to become even better than he was before and saves the day. It’s amusingly accurate – think Top Gun, Jerry McGuire, Jack Reacher…

It’s a clever way to build up a story about your services. By creating an element of doubt (the crisis of confidence) in your reader, you can then go on to be the beautiful woman who can help your reader become even better and “save the day” (or something like that).

Richard Shotton shared something that many of us unconsciously already knew – people are more appealing when they admit or exhibit flaws. It’s known as the “Pratt Fall Effect”, and essentially tells us to revel in our disadvantage. Few companies do this – inadequacies are a pretty scary thing to admit to after all. But the Pratt Fall Effect tells us if we pretend perfection, we’re less likely to be considered. Listerine is a great example of a product that wallows in its poor flavour, whilst Hans Brinker is a chain of hotels renowned for self-confessed terrible customer service.

But by admitting to flaws, these brands and companies prove their honesty and add believability to their other claims. People are wily; they will always assume you or your product have a flaw. If you leave the deductions up to them, they may well believe the flaws are something you’re actually quite good at.

It takes courage to go down this route, but I’ll be thinking of using this tool occasionally. Certainly for myself (when I get round to it) and possibly for brave clients who are up for some gentle safe-denigration.

A neat segue from the previous point, Ian Leslie talked about the importance of honesty. Not just from a legal and defamatory perspective, but from the angle of tapping into the hidden truth – Hemmingway (yes, him again) said we should “write hard and clear about what hurts”. And it’s the truth – if what you’re writing about feels uncomfortable in some way, it probably needs to be said. Your emotions carry across the page (“no tears in the writer, no tears in the reader” – as said by Robert Frost). We respond to stories that are fundamentally truthful – and so should use this to our advantage.

#StoryPower spoilt us with beautiful stories, witty anecdotes and stirring tales. I was moved to tears on more than one occasion – special mentions to Vicki Perrin, Daniel Meadows and Asif Noorani for that. And a huge thank you to the lovely lady who gave me a tissue when I could barely hold back the snuffles after watching the opening scene in “Up” in Asif’s presentation.

And what about the wedding anniversary romance? A non-event I’m sad to say. I returned home full of romantic anticipation to a husband with extreme man flu. We had fried egg & oven chips for our anniversary dinner and he was in bed by 8.30. Romance may not be dead, but it certainly has the lurgy right now.

Do you enjoy a good story? And what are your favourite ways of using stories to involve your readers and create a connection?

Write blogs you're proud of and keep your customers coming back

Let’s stay in touch! Sign up to my newsletter and you’ll get my blogging basics checklist to help you blitz your blogging demons.